Innovel - You Are My Home 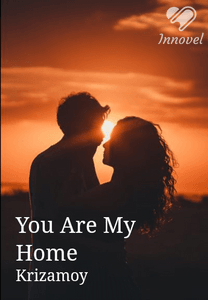 You Are My Home

UMUR UNTUK MEMBACA 18+
Kriza Mae Sumalpong
Romance
ABSTRAK
“Silvio, my love always remember that I love you. That you are my home, okay?” Those were the last words Saylinn Westige said to Silvio Armania, her boyfriend for almost 5 years. Saylinn Westige is a known author. She’s been fighting against herself since she’s 20 years old. She is a brave person. Most people admire her because of her being an independent woman and having a breathtaking face. Silvio Armania is the CEO of the company where Saylinn worked. He is known for being the coldest and youngest CEO. He handles 12 companies including the companies of his mother and father. He is known for being the top 5 hottest bachelors. He is every girl's dream. But the only woman that he loves is no other than his employee. He secretly loves her for a very long time. “a rude attitude to protect the heart an author that’s hiding in the dark” Two hearts collide Like the stars and the moon meet each other amidst of the night” Can they protect each other? Can they become each other shield to all the battles? “you don’t have to struggle in silence. You can also be un-silent.” - Demi Lovato